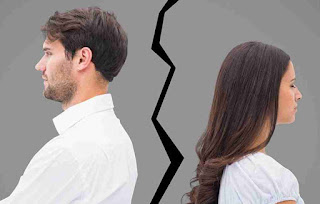 
Many Hillary Clinton voters have ceased communicating with friends, and even family members, who voted for Donald Trump. It is so common that the New York Times published a front-page article on the subject headlined “Political Divide Splits Relationships — and Thanksgiving, Too.”

The article begins with three stories: ...

The Times acknowledges that this phenomenon is one-sided, saying, “Democrats have dug in their heels, and in some cases are refusing to sit across the table from relatives who voted for President-elect Donald J. Trump.”

A number of people who voted for Trump called my show to tell me that their daughters had informed them they would no longer allow their parents to see their grandchildren. And one man sent me an e-mail reporting that his brother-in-law’s mother told him that she “no longer had a son.”

All of this raises an obvious question: Why is this phenomenon of cutting off contact with friends and relatives so one-sided? Why don’t we hear about conservatives shunning friends and relatives who supported Hillary Clinton? After all, almost every conservative considered Clinton to be ethically and morally challenged. And most believed that another four years of left-wing rule would complete what Barack Obama promised he would do in 2008 if he were elected president — fundamentally transform the United States of America.

Prager goes on to give ten explanations.

The Ctrl-left is all about controlling what people think, and being intolerant of other people and ideas. Currently the Left is complaining about "fake news", and wanting to censor Facebook and Twitter.

The Alt-right is all about putting all ideas on the table, and using reason and honest discussion to sort them out.
Posted by Roger at 6:00 AM